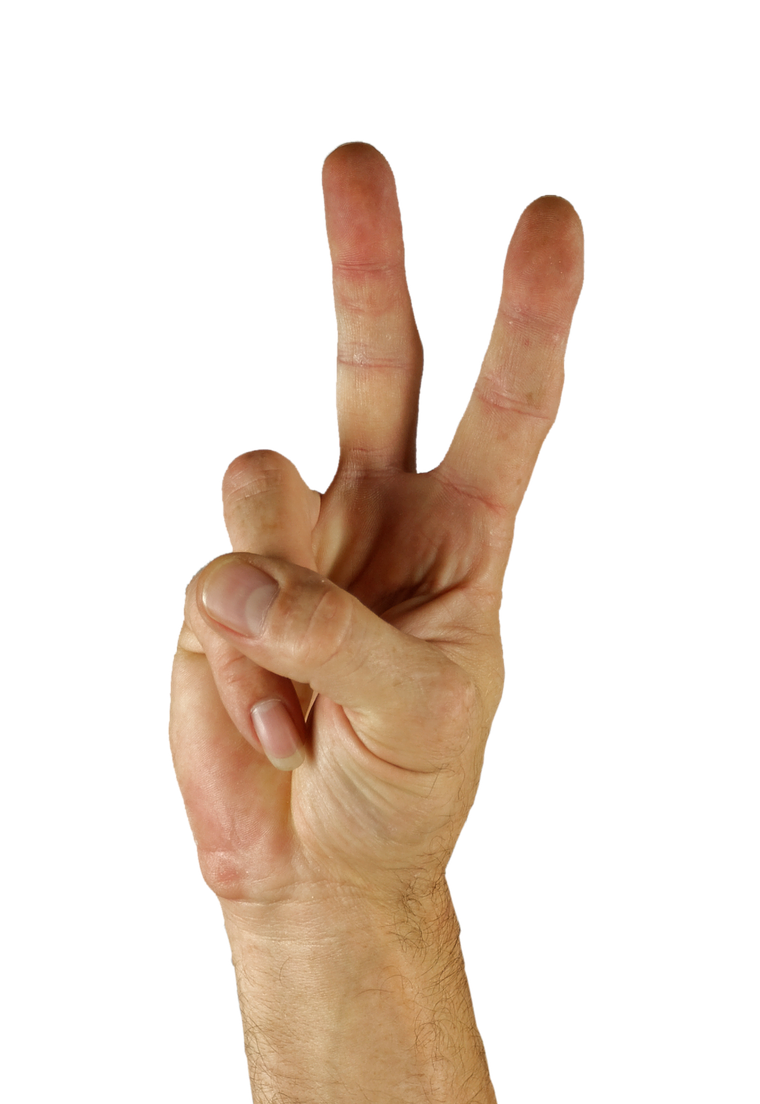 On Friday, I was headed in the car with my daughter to the local shopping mall, and, as we were driving along, we saw this woman.  She was driving and she had the window down,  she had her hand out, she was doing waving a peace sign, and she was yelling out the window. And so I thought, I have got to find out about this. So, I rolled down my window to hear hear. As we came closer to her, I heard the things, she was yelling out the window: “You’re fabulous. You got this! It’s going to be a great day. Your car is beautiful, it’s so clean. My father’s going to wash my car today and it’s going to look beautiful.” And I thought, Whoa. I liked the spirit, I liked the intention of putting good things into the world.

My daughter said “That’s some positivity.” She said that she’d seen this woman and apparently this is a regular thing. I found myself wondering if that really works. Perhaps not. Or maybe it’ll make some difference. I mean she made it into a sermon here, right? At the deepest level, though  her goal was to connect with something bigger, to be a positive part of something bigger, to move things forward in a loving and affirmative way.  That’s good thing. We should do more of that.

And I wondered, how do we create this ethos of moving forward in positive ways of being part of the solution of making a difference? And I thought in this morning’s Gospel, Jesus told us it was prayer. Now you have to put it in the context. The Gospel of Luke talks a lot about prayer. In the Jewish faith, there are prayers for everything.

There’s prayers before you eat and after you eat. And when you begin a job and when you finish a job and when the day starts, when the day ends, there are set prayers for everything. And in a world where people live according to the law, these prayers do what they’re intended to do, which is to keep always in front of the person what the law is to keep them always mindful of the law. It is a wonderful way to mindfulness and to being attentive to God.

In this passage of scripture, Christ changed things, gave us a new way to pray.  We are no longer subject under the law. Instead, we are part of something bigger. We are part of a new way of thinking about things, a new way of interacting with God. We are the children of God (along with all humanity). We’re beloved by God. We believe God wants good things for our world. We believe that and so we want to align ourselves with God. The disciples were just starting to grapple with this and so I really think Jesus was kind of spoon feeding them like, okay, I’ll give you a prayer that you can memorize and then you’ll have the formula. 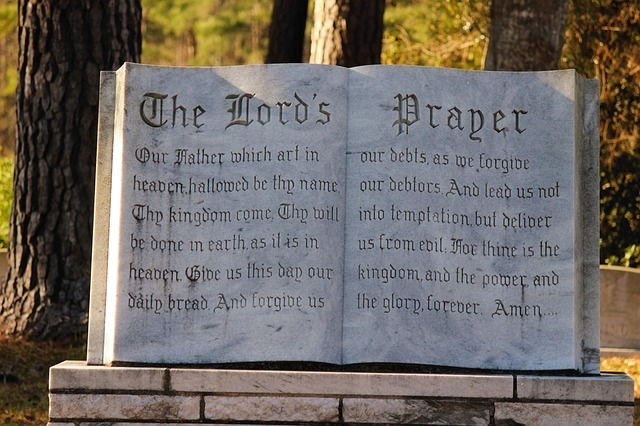 “Our Father, who art in heaven, hallowed be thy name, thy kingdom come.” We know that prayer and we say it and I think that’s important and I think prayer goes beyond that. Now, in the Episcopal Book of Common Prayer  on page 857, if you want to look it up, there  are seven kinds of prayer listed. There’s of course seven because seven’s really good number and Episcopalians like that sort of thing. (If you include corporate prayer, when we all come together to pray, there’s really eight. But we didn’t, we wanted there to be seven. So we made individual prayer, one kind and corporate prayer, another kind. )So the seven kinds of prayer.

First is sitting in the presence of God. Next is glorifying God’s name and then thanking God for the many blessings of this life. So we have this triad of recognizing all of the blessings, all of the love, all of the goodness. And then we have confession. We’ve messed up. Sometimes, we’ve done stuff we shouldn’t have done and sometimes we haven’t done stuff that we should’ve done and we recognize it. And then oblation, which is “God, here I am, whatever I am, whatever I have, whatever you can use, I give it to you.”

And then intercession in this community. Pray for me. I am having a big test, pray for my mother. My mother’s sick. Intercession is praying for the needs of others and then there’s praying for our own needs: petition. So we’ve got the seven.  All of them are included in the Lord’s Prayer…   but the question is why, why do we pray?

When I was 16 years old, the church I attended wouldn’t let me be an acolyte (that’s another sermon though) but they would  let me teach Sunday school. And so they put me in charge of the three and four year olds. One Sunday, the set lesson was “Prayer is the gift you give to God.”

So, I’m trying to teach these little three year olds and four year olds about how we talk to God.  God is there and we connect with God. In retrospect, I think I would teach it differently now, but anyway, after I had taught the lesson, I finished up with a question: What is the gift that we can give God? And the little boy sitting right in front said: My teddy bear!!” At the time,  I thought that will teach me not to ask children this kind of question. Really, though, it’s a perfect answer.  This child spoke truthfully because prayer is not the gift we give God. Prayer is the gift of loving God and being loved by God so deeply, so devoutly, so seamlessly that we will be willing to give to God anything that is precious to us.

When I was a little kid, my dad played guitar and he had a tuning fork.  I would spend time, hitting the tuning fork and putting it up to my year and then trying to replicate the sound, the tone. And I think prayer is like a tuning fork. It’s the thing that puts us on the frequency of God. It’s the thing that when we sit with God, when we glorify God, we realize how blessed we are. And when we admit our faults and failings, we not only remind ourselves that human beings are broken, we remind ourselves that God is calling us to something greater. And when we pray for our needs and for the needs of others, what we’re doing is showing that we believe that God wants good things for God’s world. God is not going to give us a snake or a scorpion. God is going to feed us and care for us and God is going to call us to care for each other.

So the question is, is this prayer thing as effective or more effective than hanging your peace sign fingers out the window and yelling affirmations. I don’t know what effect she had, but let me tell you about something that I experienced this week. At the local park, where the old high school used to be, for those of you who have lived here forever, there’s a playground and public bathrooms and fields for kids to play sports. Lots of kids go there all the time.  I went up there for a walk. Somebody had scrawled graffiti on the outer walls of the bathroom and on the children’s playground equipment in sharpie marker. The graffiti was highly disturbing it. How can I explain this to you? In sharpie marker. In permanent indelible ink, someone had written hateful things about people of color. This person had written hateful things about people who are gay and transgender. They wrote hateful things about women. It broke my heart. What would cause so much hate? Somebody is not in tune with what is holy in the world. Someone is not in tune with what in case they’re not God loving people. Somebody is not aware of the cosmic song that is being sung in the cosmic tune that we should be trying to vibrate with.

Well, fast forward a week and our doors in front of the church have been thrown out not once, but twice. The door with the word God on it was thrown into a ditch. Somebody is not in alignment. Somebody is not in to with the goodness and the joy of what is going on in our world.

Alan put on Facebook about our doors. It was a loving message. It was a message of thanks for the community support and the news that although the doors are down, we’re going to put them up. Message after message came in. I’ve got doors. I’ll give you doors. Can I come and paint? What can I do? This is not who we are as a community and this isn’t just Epiphany people. This was neighborhood. This morning I looked, that post has reached 3,250 people. Now I’m willing to bet that 3,250 people didn’t see the doors torn down.

I’m willing to bet the 3,250 people didn’t see the hateful messages that were scrawled on the bathroom wall in the park in front of all the babies and children because they wiped it away right away. We put the door back up. Alan also posted an opportunity for those who wanted to donate money..  Then we put in a surveillance cameras so that we can see what’s going on. He repaired the doors, we painted the doors, and it cost about $600 to do all of that. We had said that if there’s anything leftover, we’ll do another installation about love. So far, $2,000 has come.  Prayer, being in alignment with the love of God, being in tune with God’s will for the world, makes that love grow even as hatred shrivels on the vine and is just thrown to the ground. Love grows and extends itself and fills community and that’s why we pray. We pray  because we need to be in tune with the fact that God loves us. God loves others as much as God loves us and that we can make love grow in the world.