Every three years, representatives from every corner of the Episcopal Church around the world come together to discuss, debate, converse, and decide about many, many important things. This years 79th General Convention of the Episcopal Church stretches across 12 days, including a couple of days of orientations and then ten days packed with legislative committee hearings and legislative sessions. In the end, we have considered and adopted, amended or declined initiatives on every imaginable issue from liturgy to social justice., and church canons to world mission. 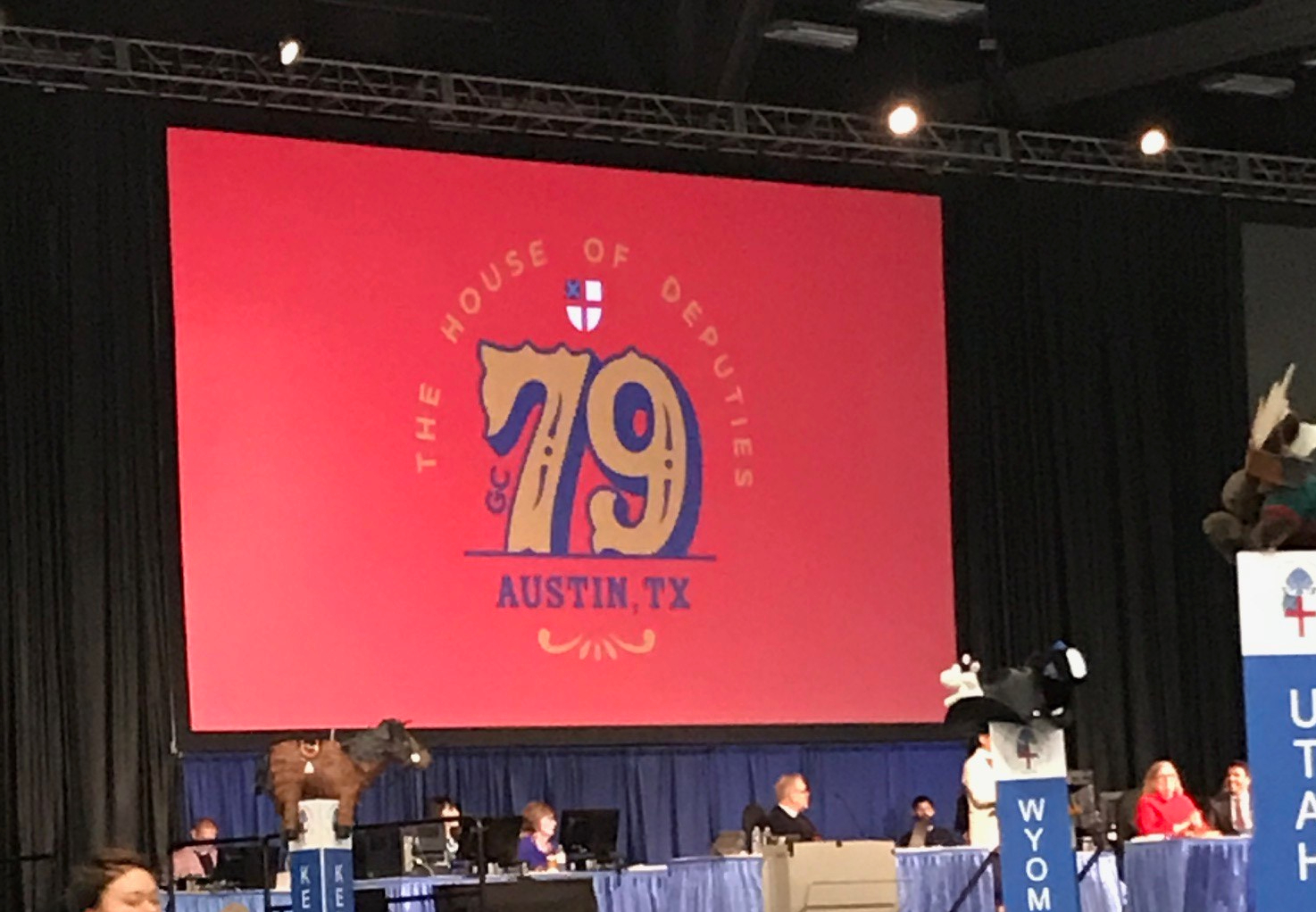 It’s not something to be entered into by the faint of heart. By the end of this convention, the legislative sessions (which are split into the 800 member House of Deputies and the 300 active and retired bishops in the House of Bishops) span at least 40 hours. For at least six hours, both houses meet together to hear and learn about a variety of topics, including care of creation, evangelism, and racial reconciliation. Legislative committee time takes up another 25 hours.  Most evenings, the deputation for the Diocese of California meets for another hour or two to share what has happened during the day. We also have set aside 11 hours for worship (not including the prayers that start every meeting.) In between, various groups gather to share a meal or a conversation, and conversations abound during breaks and movement between meetings.  In short, going to the General Convention is more than a full time job.

Even with all that time and activity, much of the work of the Convention happens months and even years before the convention begins. Every diocese is invited and encouraged to submit resolutions, and many do.  Here’s a quick definition describing a resolution: 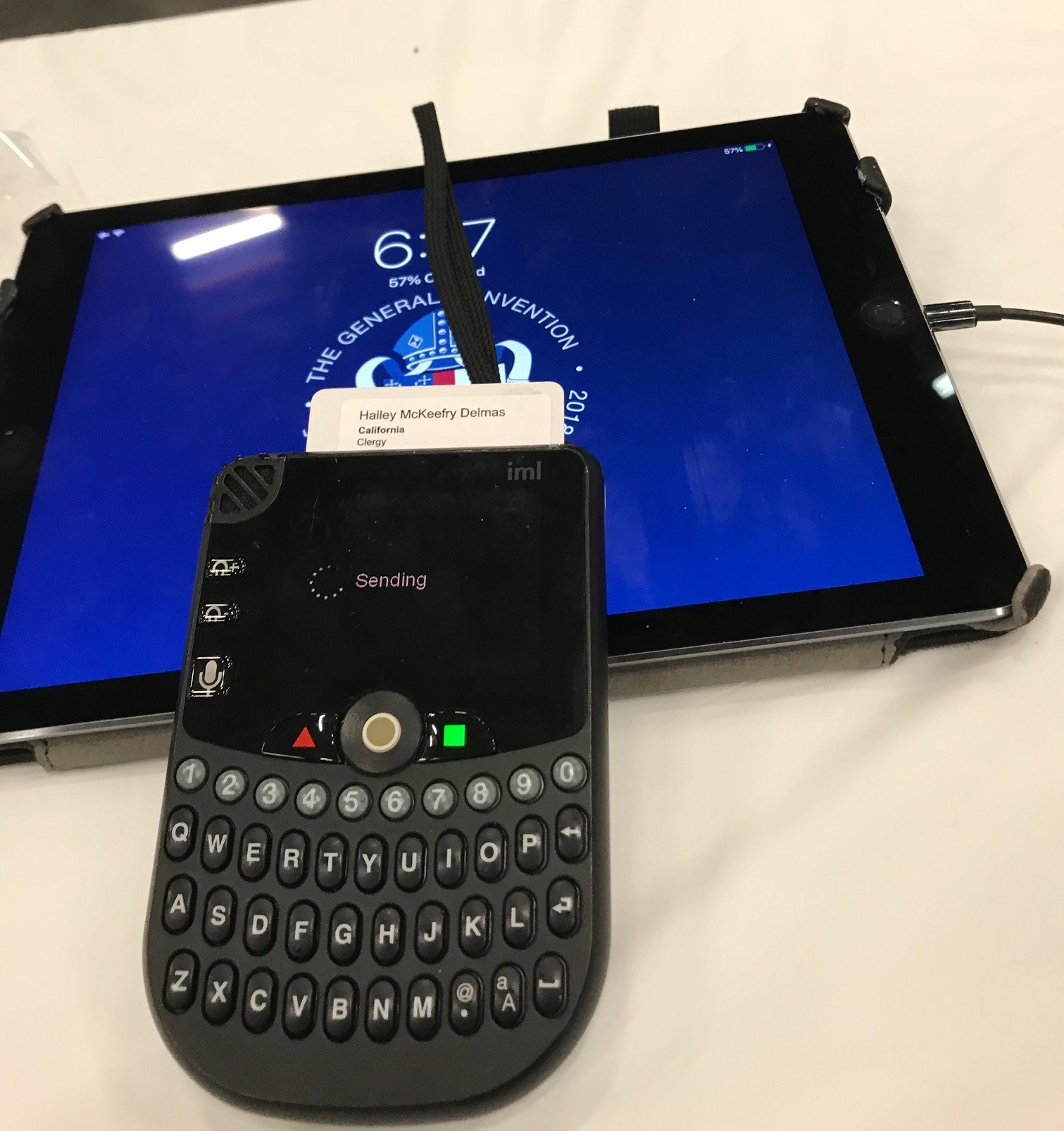 These hundreds of suggested resolutions are gathered into a digital document called the Blue Book (because in a different day and time it was printed onto paper and put into a blue binder). Before going to convention, everyone takes time to study what has been submitted on the issues that concern them most.  Once we arrived at convention, we were all lent Apple iPads that provide access to the latest version of all the legislation.  We also use electronic voting devices for some votes (while some are achieved with the traditional voice of yay or nay). 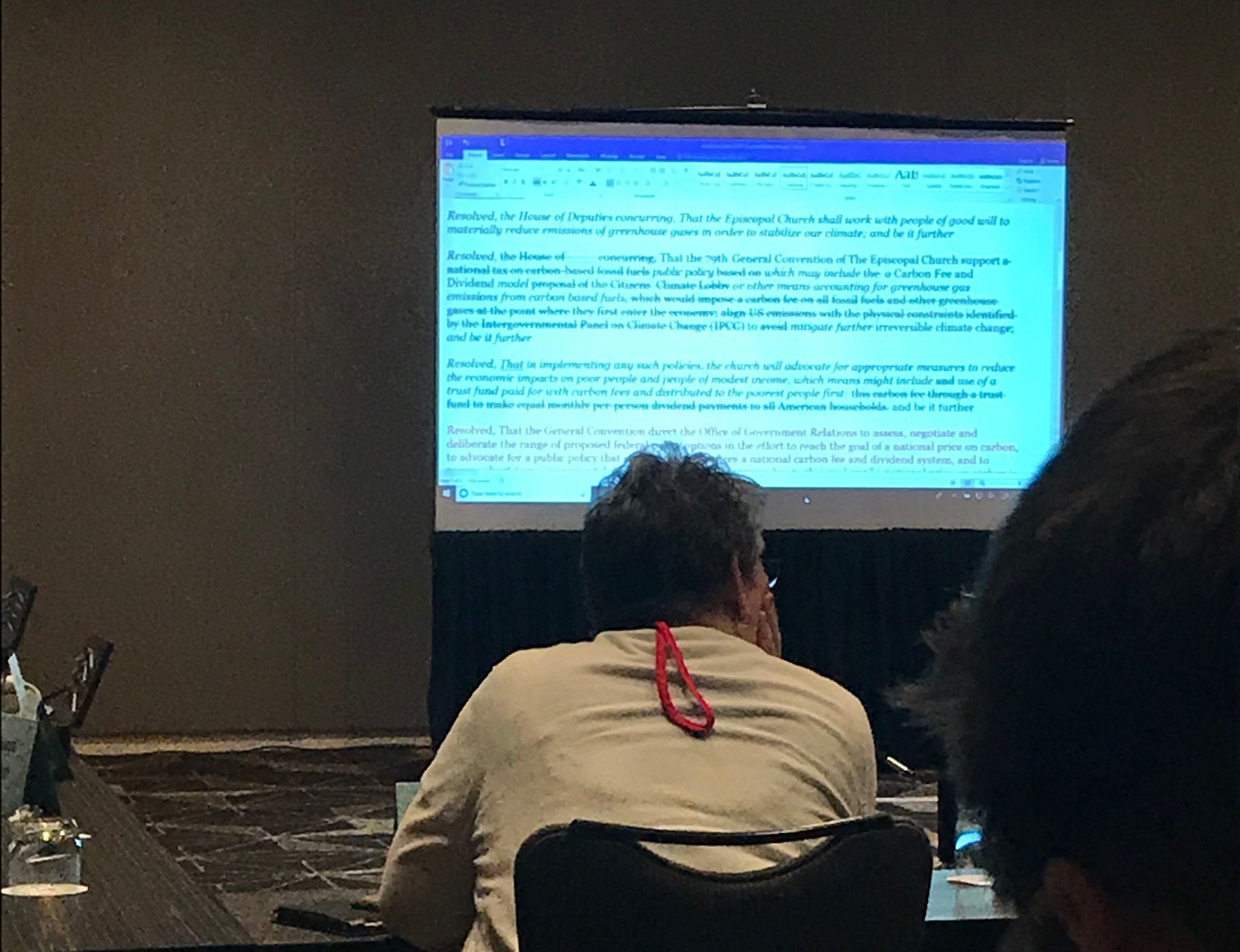 During house debate, everything is run on a strict protocol that dictates who can speak, for how long, and how everyone should be addressed. It ensures that each side alternates a chance to speak during the discussion and that there is an opportunity to offer amendments as well. In addition, since English is not the primary language of every Episcopal Diocese, there is a great effort made to have translations made of documents, and translators available for simultaneous translation. It works very hard to be a fair process.

After watching this ballet for four or five days now, I’ve come to believe in it heartily. As with any process, it doesn’t make everyone happy all the time. And change takes a long time, and, especially for those fretting for justice, it can be frustrating. It does, however, strive to give everyone a voice and a seat at the table. It allows us to tell our truths and share our stories. It does give us a path to walk as we go from being who we were to who we are meant to become. Thanks be to God.

Note: There are many complexities to the process that I didn’t get into here, but for those church geeks who want to know more, visit the General Convention Web site to read all about it.