Sometimes, it seems funny to me that we don’t go around saying that to each other—“Happy Epiphany!” The church isn’t arrayed with special decorations or colors—we have the green of ordinary time at t 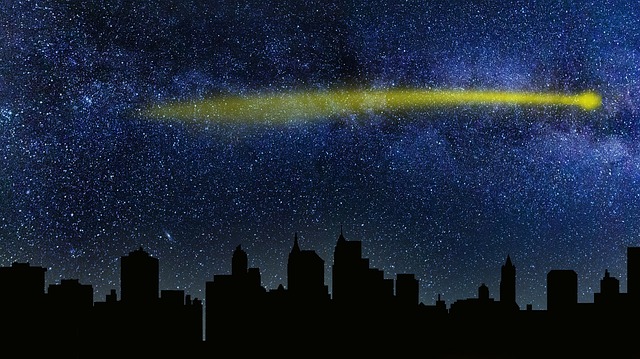 he altar. And yet, this time, this season of Epiphany is anything but ordinary. In some ways, it is a season that represents the most basic truths about our lives as Christians. The word Epiphany means “showing forth, ” and we generally think about the Christ child being shown to the world. However, this same season invites each of us to show our own faith, our own belief and our willingness to hear and follow God.  Jesus is with us and he reaches out and calls to us… “Follow me.”

Many of us answer that call to ministry—some of the “fishers of people” in more recent time are very obvious. Dr. Martin Luther King Jr., for example, who we remembered last week—a political and spiritual leader who had an amazing dream. Or Mother Theresa who spent her life serving the Christ that she saw, in the midst of poverty and disease, in the faces of the dying. These are people who, in very dramatic ways, dropped what they were doing and heeded Jesus’ call—Follow me. Other examples are far less obvious but no less heroic… we don’t know their names, and yet there are legions of people who have allowed God’s plan for their lives overshadow any agenda they may have come up with on their own.

It should be no surprise to us, then, that God calls us in the middle of our own daily activity and asks us to drop what we are doing in order to follow. In the Gospel this morning, Simon and James were in the midst of their work as fishermen, casting their net into the Sea of Galilee. Jesus called to them and they left their nets and followed him. Again, James and John abandoned their boat and left their father in order to follow the voice of Jesus. They did not say “but Lord, I need to sell my boat…I need to ask my friend to take over the business. Give me two weeks or perhaps a month to settle my affairs and bid farewell to my family and then I will follow you!”

That’s the thing that always strikes me about this story—the immediacy of their response. As Jews in Jesus’ time these men had been taught that the Messiah was coming. However, there were other men wandering around at the same time who were also claiming to be the Messiah… and nobody had a clear idea of exactly what this Messiah who was coming would look like or sound like. And yet, when these men heard the voice of Jesus, they simply turned and followed him. In the busyness of our daily lives, it would be so easy to ignore the voice of Jesus, or to say “Just a minute, Lord….just let me finish this up.” That responsiveness to the voice of God amazes me.

Probably, up until the very moment of their call to be “fishers of people” came, these men had never really thought about fishing for anything other than the seafood that they regularly hauled up in their nets. Their fathers were fisherman and they would be fisherman—that’s the way things worked.

I also wonder what exactly it means to be fishers of people… I’m sure James and John had no idea what they were getting themselves into, that they knew little if anything about ministry. It’s pretty amazing that they dropped everything to leap into this new thing. 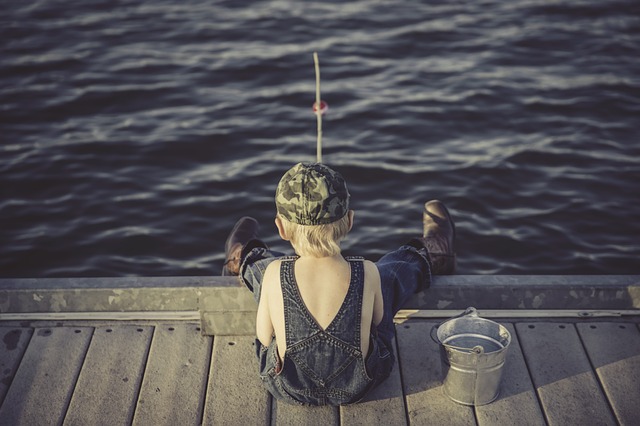 I have little experience with fishing. When I went to camp when I was eight or ten years old, there was a lake filled with trout. I spent a lot of time with my hook dangling in the water, enjoying the chance to sit and think, to ponder… and I’ll tell you something that I have never told anyone: I never put any bait on my hook. My biggest fear was that I would catch a fish and have to kill it. I liked fishing…but the catching seemed kind of terrible and scary. Plus, back then, I didn’t even like the taste of fish. Really, you couldn’t call what I was doing fishing.

Which was ok because really, I didn’t need to fish… Real fisherman fish in order to feed themselves. Clearly, it isn’t for the benefit of the fish. At first, this thought bothered me… because we have always talked about ministry as fishing for people. Then, I went to our Tuesday night bible study.

We’ve been working our way through Paul’s letter to the Romans. In that letter, Paul tackles again and again the difficult task of articulating that unerring belief that we are given the gift of grace through Jesus Christ and that we are not earning our salvation through works, by doing good things. As a group, we’ve been wrestling how to articulate the relationship between what we believe about God and God’s great love for us and the ministry that we do, both in our church and in our world. At first glance, it seems like an easy question to answer: God loves us and our response to that is to serve Christ wherever we meet him.

In those conversations, we started to bump up against a realization that we say we believe in grace but we often act as if we have more faith in works. When we try to explain who we are as a community and as individuals, we often lead with what we do…our works.

Our outreach committee provides countless opportunities to help people who need help. We serve this community as makers of music or on the hospitality committee or as part of the altar guild or as a member of the communications committee, the vestry, the buildings and grounds committee, and the list goes on. The world has set this as a standard…  Prove your worth. What degrees do you have? What awards have you won? What measurable achievements can you tell us about?

The mission of the Church of the Epiphany is to “know and share God’s light.”  I love it because it focuses first on our inner lives—on taking the time to really understand what it means to be loved freely by God, to be given without earning it the gift of grace. The next step is to live out what we know… not to measure it, not to worry about whether what we’ve shared is accepted or rejected. Our mission is to live into the reality that grace is a gift that is shared not earned, accepted not forced,  and offered to all.

When we do that, we change ourselves. Which takes me back to my experience of fishing at camp. I liked the ritual of sitting on the dock and waiting quietly.  In the same way, as fishers of people, we understand that we fish because of what it does for us… Ministry, because that’s what fishing is, centers us, keeps us connected with the understanding of the breadth, depth, and width of love that God has for us. We fish to feed ourselves spiritually, to ground ourselves in holiness, to inoculate ourselves against a world that tells us that our value is related to external things, things that have nothing to do with the intrinsic and unearned love that God has for us.

I guess, as Christians, we are more “catch and release” fisherman. We fish because we love fishing…because it is an activity that gives us joy, that allows us to connect with something bigger than ourselves and, in our best moments, share it with others.

Our choir sings, not because worship needs music, although it may… but they sing because it is the way to reflect the joy and love that they know. The altar guild knows that the washing, ironing, cleaning and more make our worship possible, but more than that many have told me that working in the quiet church on a Saturday morning brings them a close connection with God. And our hearts and minds know that foster children need Christmas presents and that homeless people need places to stay and that hungry people should be fed, and on a very practical level we want to address it. In the end, though, we make the effort because it reflects in some small way gratitude for the love and forgiveness we’ve encountered in our lives.

Jesus said: ‘Follow me and I will make you fish for people.’ And we do…not for the sake of the fish, but for the sake of our souls. And fishing feeds us and makes us who we are. And, along the way, I imagine we’ve helped some fish as well. Thanks be to God.

Preached by the Rev. Hailey McKeefry Delmas on January 21,2018 at the Church of the Epiphany in San Carlos.