The Jesus Movement is alive and well in the Episcopal Church! That was the comment I posted yesterday on Facebook as I watched a livestream video casting of the installation of Rt. Rev. David C. Rice as the new bishop of the Diocese of San Joaquin.

I was moved to tears as I listened to our Presiding Bishop Michael Curry preach at that event. He talked about love. He talked about openness and welcome. He talked about a God who gives us room to be who we are. He talked about how the installation of this bishop in a diocese torn apart by conflict is a sign of hope and new beginnings.  His sermon was simultaneously translated into Spanish by a woman standing by his side. What could be more appropriate for a sermon that calls us to care for everyone, to hospitality, and to awareness of the needs of others?

This service is part of a three day revival with the title “Called to be … A Safe Place For All God’s People.” It is going on all this weekend and will kick off an ongoing effort across the country to get the word out about the Jesus Movement.  The Jesus movement is about reconciliation; about doing good, caring, and liberating things; and about building life-giving relationships in the context of strong community. Most of all it’s about the changing the systems in our church and the world that are broken and that keep us from being who we are and doing what God calls us to be.

As Episcopalians, this overt loud and proud Gospel message may feel unfamiliar and even daunting. As a denomination we are not particularly known for being outspoken and feisty. We tend to be thought of as more intellectual and reserved. Our traditional brand of changing the world is powerful, but sometimes not quite so outspoken.

Samuel Moor Shoemaker III, who helped founder Bill Wilson codify what is now known as Alcoholics Anonymous, is not a household name. The congregation he led and served started a long tradition of Episcopal congregations welcoming AA meetings. It was an Episcopal seminarian named Jonathan Daniels, who shielded fellow marcher Ruby Sales from a bullet and became one of the first casualties at the march for civil rights in Selma, Alabama. Many Episcopal Churches house nursery and grammar schools, food pantries, and homeless shelters. Many open their doors to be polling places in support of American democracy. I am not saying that we, as people of faith, do not do anything to live out the Gospel in the world.

I am saying at this time that we may need to do what we do in a different way because, as a world, we are at a crossroads. Hippocrates said it ages ago (or at least a version of this): Desperate times call for desperate measures. And times do feel a little desperate.  The world is angry right now. Huge groups of people feel unheard, unloved, and disrespected. I see it on the Internet, on the highway, and even in business meetings. We are in the middle of a modern anger epidemic, an emotional spiral that is hard to interrupt. 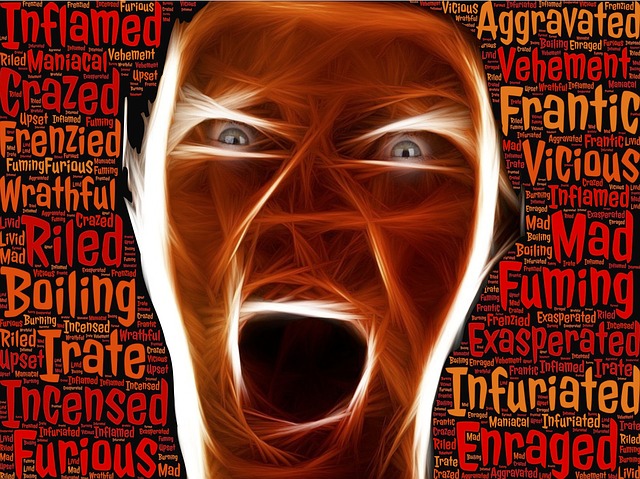 Understand, anger has it’s place, but it can’t be the only tool in our arsenal. Anger can keep us safe, make us aware of when we are in danger. Most often, though, anger is really the outgrowth of fear.  When we give in to fear, let it take over, then we lose our capacity for the creative love that is central to the Jesus Movement.

And that brings us to our parable in the Gospel reading today. In the story, the master trusted his slaves with large sums of money. A talent, in those days, represented the wages of a day laborer for fifteen years.  (It wasn’t until the Middle Ages, in response to the wide-spread knowledge of this parable, that the term talent became to mean “God-given abilities.”) In the story, two took the talents that they were given and were able to greatly improve the wealth of the man. The last one, perhaps was afraid.

Maybe he was afraid that he was not skilled enough to invest the money wisely. Perhaps he was afraid that he would fail and lose the money. Perhaps, he was afraid that someone would cheat or steal from him. He acted out of fear, and buried the money, so that there was nothing gained. So he failed his master. He let his fears sap his ingenuity and cleverness and so he was unwilling to think creatively about how best to take care of the talents that he had been given. Worse, he hid his fear with anger—castigating the master (who had already proven himself to be generous and giving).

The Jesus Movement is a call for us to be like the audacious and creative servants who took what they had been given and boldly use it to help make unimaginable things happen.  The parable gives us some real hallmarks of how the Kingdom of God works.

First, we are all gifted beyond what we think. Even the man who was given only a single talent was given 15 years worth of wages, enough to shake things up in a big way. We are no different. We all have more than we think in terms of time, talent, and even wealth. We each have a network of relationships, a platform that reaches many people. We have influence, experience, and joy to share with the world. What better time to look at what we have been giving with gratitude is this week before Thanksgiving? Best of all, gratitude is the greatest antidote for fear.

Second, God leaves it to us to figure out how to bring the Jesus Movement to life in our corner of the world. In this parable, the man summons his slaves and gives his property to them and leaves. The story provides almost no detail…we know nothing about how long the master will be gone and he gives no detailed instructions about what he wanted done with his wealth. He set no goals for the slaves about needing an increase in the money. He “entrusted” the wealth to them.

Third, much of what we are called to do will be outside the structures of world, perhaps even counterculture. If we look back at the time and culture of our parable, the slaves who increased the wealth were the ones who acted outside of the normal structure. They took a chance with the money by taking it to the marketplace and trading with it. For the listeners in that time, then, the third slave had done the responsible thing and the first two deserved criticism. The master, however, praises them and tells them to enter into joy. 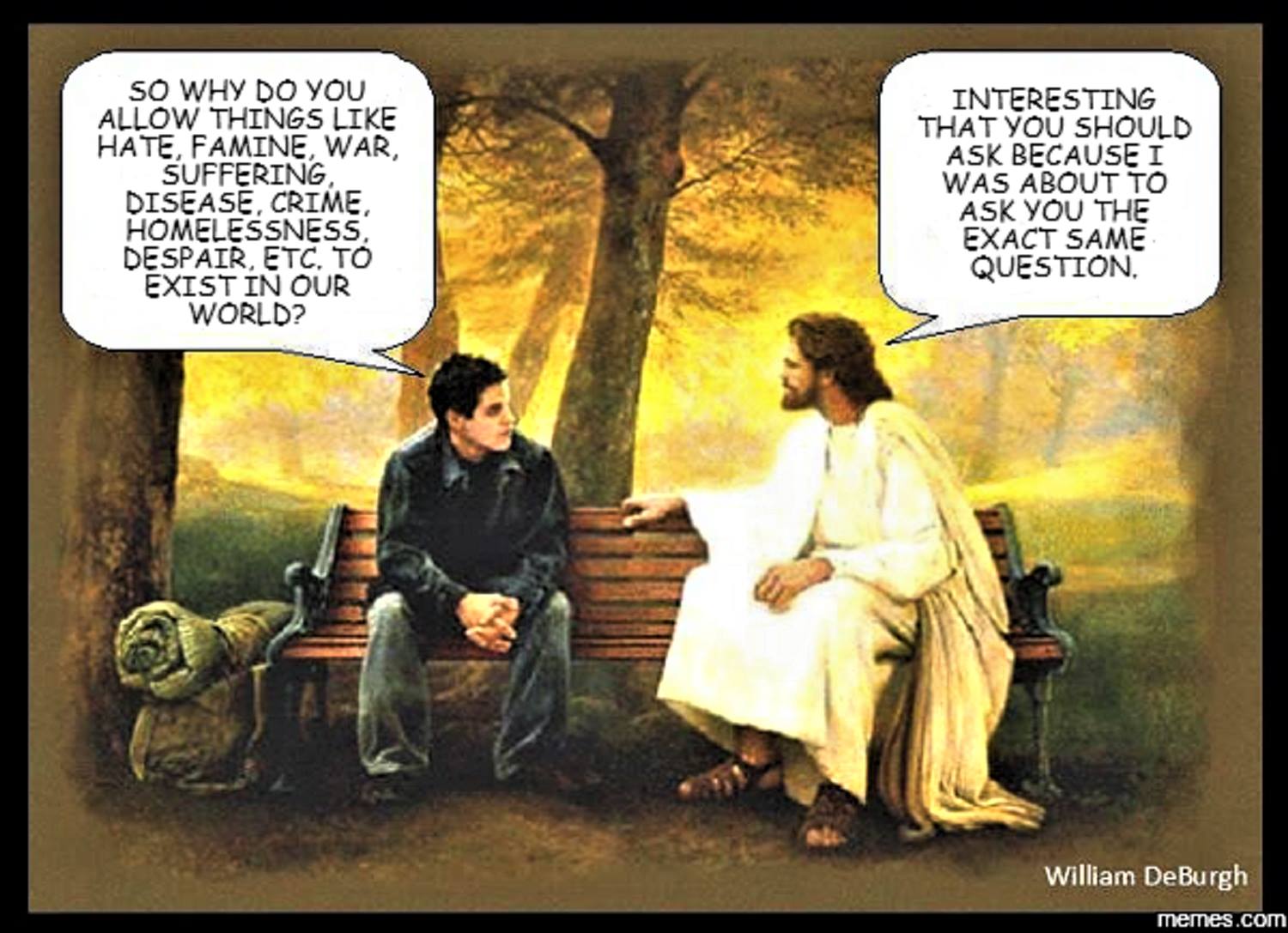 This points to the reality that we are called to serve Jesus, even when it goes against the wisdom of the world, the wisdom that tells us that wealth equates to power, that some people are more beloved and worthy than other people, and that our task is to watch out for ourselves rather than each other.

In theory, all of this sounds really good. In practice, in some ways, it doesn’t have to be hard either. First, we need to find the things that give us joy and make us grateful. Then we need to find ways to amplify, protect, highlight, strengthen or improve whatever that is. Powerful change comes from joy not from fear. For example, it is the beauty of creation that moves people to create nature preserves or invest in solar power to help global warming. Fear, instead, points us toward the darkness and at it’s worst paralyzes us and makes us feel powerless.

We are called, as part of the Jesus movement, to go through the world with open hands… Hands that offer help and support rather than hanging on to what we have.

Yesterday, I saw a post on Facebook from my daughter Claire. She volunteers at Hope to Home for Cats, a no kill cat shelter near her school, because she loves cats. She posted asking for all her friends to look around and see if they have old towels or blankets or cat supplies that they are not using. As a student, she doesn’t have a bunch of money…but she does have a bunch of friends and  a love of cats.  Already donations are showing up on my doorstep. She’s part of the Jesus Movement.

What’s your Hope to Home? What do you have in abundance? What can you offer with faith and joy? That’s your ticket to being a mover and a shaker in the Jesus Movement.

Preached by the Rev. Hailey McKeefry Delmas at Episcopal Church of the Epiphany, San Carlos, CA, on November 19, 2017.