My husband is away on a business trip this week and I was surprised to get a semi-urgent sounding text asking if we could talk. I was at the dog park, watching our Husky mix, whose name is Hope, romp, with a pack of other dogs, but I wanted to know what was going on so I said sure. I was even more surprised when I realized that he had called me to talk about theology. He’s a software engineer so that’s not his go-to topic. 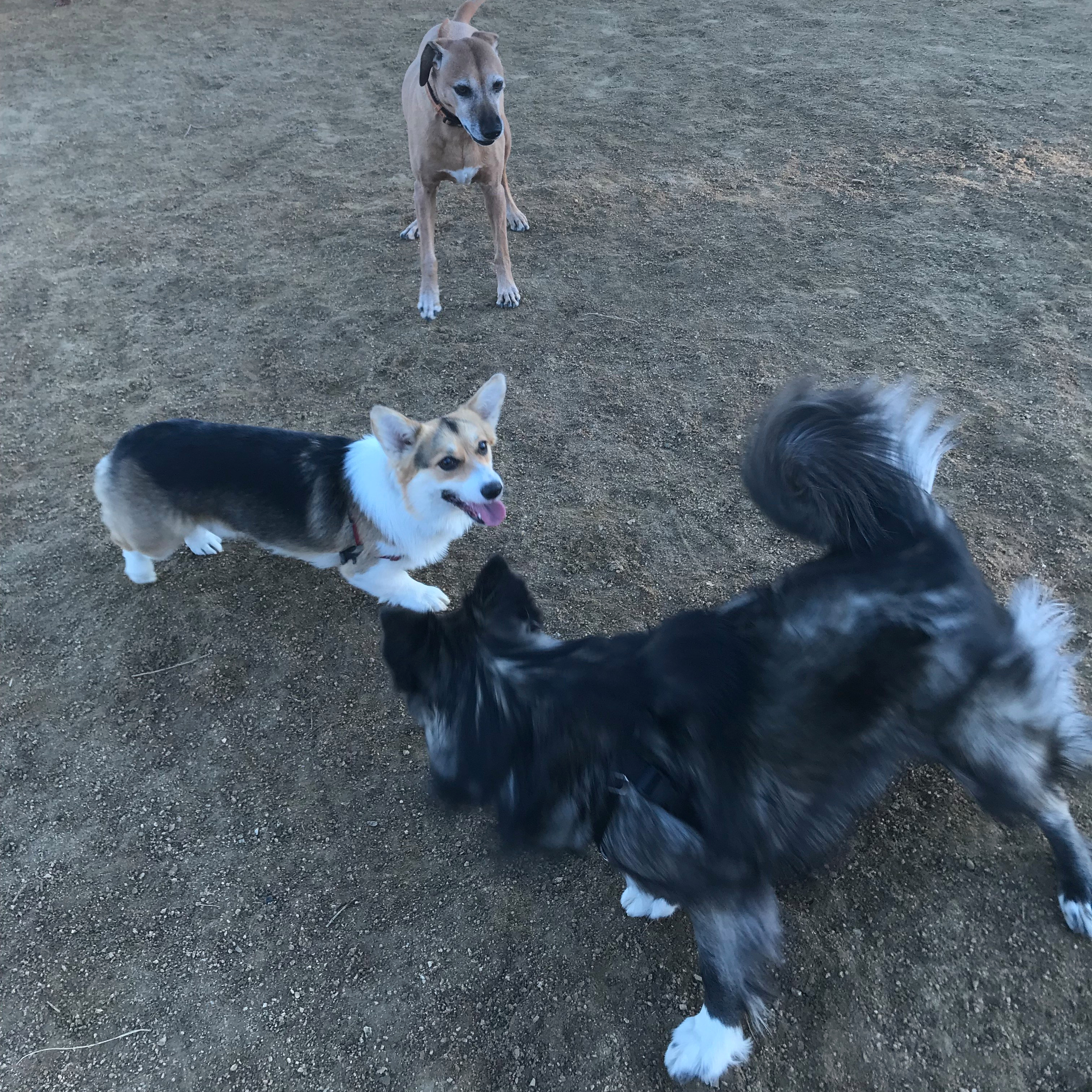 He told me that he had been talking to a couple of guys during the day, and that somehow the conversation had turned to our oldest daughter, who is a senior in college. It seems that they asked if she has a boy friend and my husband answered that, actually, she has a girl friend. Suddenly, he said, he found himself in the middle of a conversation where these two men were telling him that the Bible says that homosexuality is a sin.

So, he asked me, what should he say in response? I had a lot of thoughts going through my head…but most of them probably weren’t helpful. I decided that the best thing was to get to the heart of the matter.  I said, “Tell them that Jesus, when he was asked about what the greatest commandment answered that it was ‘You shall love the Lord your God with all your heart, and with all your soul, and with all your mind.’ This is the greatest and first commandment. And a second is like it: ‘You shall love your neighbor as yourself.’”  Our daughter is in a committed and loving relationship… and at the heart of her life there is nothing but love,” I said.

He paused and finally said, “Do you think you could send me an email that says that?” So I did.  Imagine my surprise when I figured out the Gospel reading for today.

As someone who has been, basically, a lifelong Episcopalian, this particular verse of scripture is written on my heart. Every Eucharist service in the Prayer Book of 1912 opened with these words… And I remember clearly the rest of it: “On these two, hang all the law and the prophets.” When I was a kid, I didn’t understand what it meant (in my imagination, the prophets were hung on a wall somewhere…)

Once again the Pharisees are trying trap Jesus, and perhaps get him to say something that disparages in the law. Once again Jesus answers with a radical Gospel of love. In this time, in the Jewish community, there was a huge emphasis on the law. There are 613 commands in the Old Testament.  There are 248 positive commands (You should do this), a number that corresponds to the number of parts of the human body. There are 365 negative commands (You should not do this), a figure that corresponds to the number of days in the year. Many gave all of the commands, positive and negative, equal weight.

At the same time, Jesus is pointing to something that is at the heart of all of the Law…to love. Loving God is the central part of the Shema, which might be called the closest thing to a creed in Judaism. Jesus brings together two critical pieces of Hebrew scripture.  First, he refers to Deuteronomy 6:5 which says “You shall love the LORD your God with all your heart, and with all your soul, and with all your might.” And then he adds Leviticus 19:18, which says “You shall not take vengeance or bear a grudge against any of your people, but you shall love your neighbor as yourself: I am the LORD.”

However, and this is where his approach is new, he says that these two commandments are equivalent. He isn’t saying that the Law isn’t important. The Law discourages life-limiting actions. It tells us, in very specific ways, things that can separate us from God or lead to harm to ourself and others.  Love, meanwhile, is a much more powerful force because it actively encourages life-giving actions. When we love God, we know how to love others, and when we love others we are drawn closer to the love of God. The heart of the law regarding others is that we treat them with the respect and dignity that they deserve because they are made in the image and likeness of God. And it is expected that we do love ourselves too!

So now we have “The Great Commandment” but what are we going to do with it? This is a question that we must answer daily for ourselves…but not just for ourselves as individuals but for ourselves as a community, as a church. As a church, it is our job to build a community that is safe enough to allow us to be ourselves—all that God is calling us to be. It is our work to tell our stories, and to listen to the stories of others. It is our challenge to expect and praise the differences that we find; to raise up and value the unique gifts of each individual; and to try to reflect the nurturing and holy way that God loves each one of us. It is our calling to reach out into our community and offer to love those people and to meet them where they are.

In the final analysis, the way that we live out this commandment will be the way that we make a difference. If, as a church, we do nothing more than love people in a way that will let them love themselves and encourage them to take that same sort of love and pass it along, we will have the seeds that will make a revolutionary change in a world that is struggling under the burden of hatred.

A little bit of love goes a long way. A teacher in New York decided to honor each of her seniors in high school by telling them the difference they each made. Using a process developed by Helice Bridges of Del Mar, California, she called each student to the front of the class, one at a time.  First, she told them how the student made a difference to her and the class.  Then she presented each of them with a blue ribbon imprinted with white letters which read, “Who I Am Makes a Difference.”

Next, she gave each of the students three more ribbons and instructed them to go out and spread this acknowledgment ceremony.  Then they were to follow up on the results the following week.

One of the boys in the class went to a junior executive in nearby company and honored him for helping him with his career planning.  He pinned the ribbon on his shirt.  Then he gave him two extra ribbons, and said, “we’re doing a class project on recognition, and we’d like you to go out, find somebody to honor, give them a blue ribbon, then give them the extra blue ribbon so they can acknowledge a third person to keep this acknowledgment ceremony going. Then please report back to me and tell me what happened.”

That night the boss came home to his 14-year-old son and sat him down.  He said, “The most incredible thing happened to me today.  I was in my office and one of the junior executives came in and told me he admired me and gave me a blue ribbon for being a creative genius. Imagine.  He thinks I’m a creative genius. Then he put this blue ribbon that says ‘Who I Am Makes A Difference’ on my jacket above my heart. He gave me an extra ribbon and asked me to find somebody else to honor.

As I was driving home tonight, I started thinking about whom I would honor with this ribbon and I thought about you. I want to honor you.  My days are really hectic and when I come home I don’t pay a lot of attention to you.  Sometimes I scream at you for not getting good enough grades in school and for your bedroom being a mess, but somehow tonight, I just wanted to sit here and, well, just let you know that you do make a difference to me.  Besides your mother, you are the most important person in my life.  You’re a great kid and I love you!

The startled boy started to sob, and he couldn’t stop crying.  His whole body shook.  He looked up at his father and said through his tears, “I was planning on committing suicide, Dad, because I didn’t think you loved me.  Now I don’t need to.”

So we have our Great Commandment: Love God with all that we have and recognize that God loves us, because that’s how we actively respond to the grace that He is offering us. Love other people and let them love us—because that active caring is the way that we actively live in God’s love and pass it on. And finally love ourselves…because that is the way that we honor and recognize that we are created in God’s image. It’s really all one law—and as Christians it is who we are and how we make a difference.