Drew Dudley, a leadership coach, told a story about how he changed the course of one young woman’s life and he didn’t even realize it.

This young girl was visiting a university with her parents. She was feeling terribly anxious, telling herself that she wasn’t ready for college and couldn’t do it. Her parents had reassured her—telling her that if she didn’t want to go, they would take her home, no pressure, and no judgement. 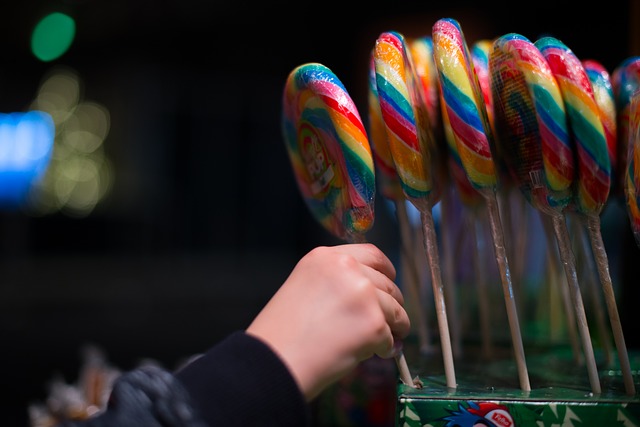 The girl says: “We visited the campus and then I made the decision to not go to university and I felt peaceful immediately. But before I could open my mouth to tell my parents, the door swung open and Dudley stepped out with a bucket of lollipops, handing them out to the visiting students and parents. He stopped in front of me and stared at me – then he turned to the guy next to me and said: “Please give this beautiful young lady a lollipop”.

The guy was so shy and embarrassed that I quickly took the lollipop from him just to save the poor guy – and then Dudley said pretty loud to my parents: “First day from home and she’s already taking candy from strangers!”.

Everyone around us burst out laughing – and the minute that happened – I felt I was perfectly at home at this university and that I would stay.”

Small actions can have huge outcomes. When you look at systems (like governments or churches or even families), you realize that they are complex and non-linear. It would be easy to believe that there is no way to make a difference. However, when enough people within a system have changed their behavior, we reach a tipping point—and the system (whatever it is) moves into a new state of being. For example, when it gets cold enough, water freezes.

Desmond Tutu said it this way: “Do your little bit of good where you are; it’s those little bits of good put together that overwhelm the world.”

In this morning’s reading, Jesus, his mother and his disciples went to a wedding. In Palestine, a wedding was really a special occasion.  The wedding festivities lasted for an entire week. The wedding ceremony itself took place late in the evening, after a huge feast.

After the ceremony the young couple would be conducted to their new home. They were taken by as long a route as possible so that as many people as possible in the community would have the opportunity to wish them well. The newly married couple didn’t go away on a honeymoon.

They stayed at home for that week and they kept open house. In a life where there was much poverty and constant hard work, this week of festivity and joy was one of the supreme occasions. Although most people would not have been able to afford wine on an everyday basis, this kind of celebration demanded it.  It would be a community event, with people coming and going. To run short of wine would have been a serious embarrassment for the host parents and the newlyweds.  It would have spoiled the occasion for them and the community.

And it was in this context that we put this morning’s Gospel reading, which says:  “When the wine gave out, the mother of Jesus said, ‘They have no wine.'”  Jesus tells the stewards to fill six stone jars with water that were there for purification. The jars are filled to the brim and then Jesus tells them to take some to the head steward. When they draw the water out, they discover that it had become wine. Now, the remaining wedding guests could be served. No one had to go to the super market. No one had to go to the bank. Because Jesus was there, there were sufficient resources in their midst. 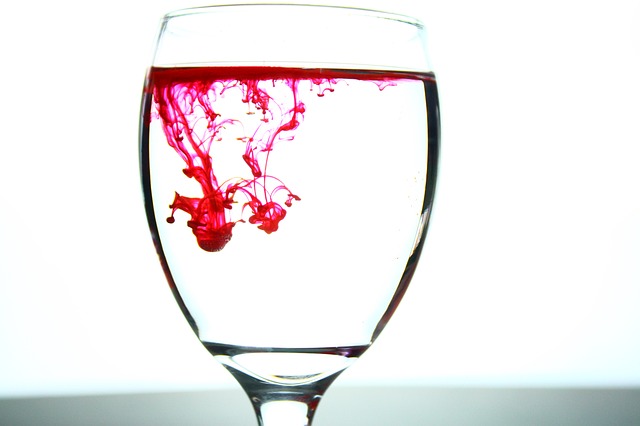 This is a story about transformation, not just changing water to wine, but changing the hearts of those who were present. Let us look at it as a metaphor for our Christian community and see what it tells us.

First, Jesus includes everyone in the process of the miracle. His mother petitions him repeatedly to attend the problem. The servants’ fill the stone jars with water and the steward tastes the very good wine. Meanwhile, the disciples witness the miracle and it empowers them, it teaches them things that they will need to know about their leader in the days to come. Finally, every guest there partakes of the wine that has been miraculously created.

In John’s Gospel, this is the first “public” sign performed by Jesus, although clearly it wasn’t public in every sense of the word since the disciples and the servants were probably the only ones who were aware that it had happened. It is significant though, that it occurred amidst a gathering of people, people who had gathered for a specific purpose, a relational purpose. And it blessed everyone in the community without discrimination…that’s how God works. The miracles and blessings of God often come to us as a community as we gather with specific intent and purpose.

This miracle is needed because of human failing—the wedding planners clearly had made a big mistake in calculating how much wine would be needed. They had mismanaged their job and the result was going to be a huge problem in the midst of a day that was meant to be joyful. Many would see this sign as a curse upon their young life; a sign of troubles to come. Rather than allowing this moment of great rejoicing to be sullied though, Jesus steps in (with a little push from his mother) to help it all work out. God transforms even unexpected happenings and even our mistakes into moments of great grace, of miraculous happenings.

This story also presents us with a lesson on how we should handle those unexpected moments when things don’t go as planned. Jesus did not stage these events in order to do a miracle—instead he looked at the circumstances before him and then he used them to bring glory to God. We are given that same choice—when our carefully made plans go awry and it seems like our meticulously constructed schedules and beautifully thought out approaches just won’t work out no matter what we do, then we have a choice: we can despair or we can seek a deeper source of strength and find ways of using the new realities to further the Kingdom of God.

Dr. Martin Luther King Jr., who is being celebrated tomorrow with a holiday, said: “Faith is taking the first step even when you don’t see the whole staircase” and “We must accept finite disappointment, but never lose infinite hope.” 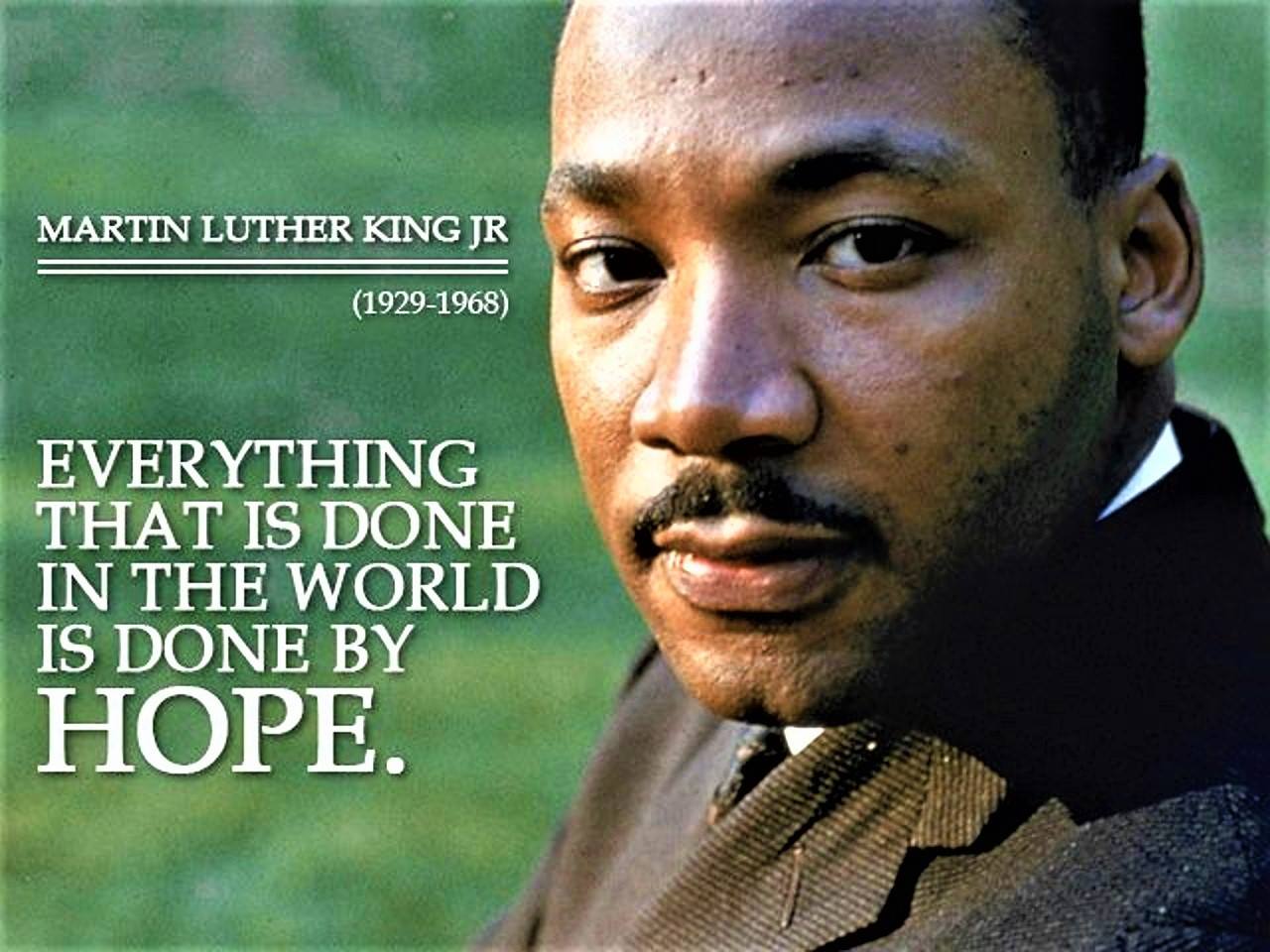 If he had lived, he would have turned 90 years old today. At 35, he was the youngest man ever to receive the Nobel Peace Prize. He was a thinker, preacher, pastor, civil rights leader and more. He looked at a world broken by hatred, focused on keeping up hope—and encouraging people to take small actions in order to recreate the world, to fight injustice, to bring people in alignment with grace.

When we live with infinite hope and take steps into the darkness in faith, in those moments, we must bring who we are, those things that make us uniquely ourselves… the gifts that we have been given to the situation.  Paul’s letter to the Corinthians. “To each is given the manifestation of the Spirit for the common good…”

We do not earn these talents or purchase them or even deserve them by who we are or what we have done. Each and every one of us is given some practical gift with the expectation that we will use them to the benefit of the entire community. That means in helping our family and our friends and our church and our neighborhood and even our state, country or world in whatever ways we can. We are called to be part of the miracles—to bring the water so that it can be turned into wine.

It is also important to note that the wine that comes from this miracle is not just any old wine—it is the best wine. And there is not just a little of it—the stone jars are filled to the very point of overflowing, so that even one more drop would be more than they could handle. And clearly the sheer amount of wine, about 180 gallons, is more than the entire group could consume during the remainder of the celebration.

Our God is a God of abundance. That grace is without limits and cannot be exhausted.  He asks us to give generously of what we have (in this case it is water) and then transforms it into something even better, something that exactly suits our needs.

The wedding at Cana began hundreds of years ago—but the miracle goes on. As we gather in community. As we open our hearts to God and ask for what we need. As we share our gifts with those around us. Once again, the water jars are filled to overflowing and the water becomes wine. Once again, God recognizes our very deepest needs and helps us to help ourselves. Once again we invited to partake and to join in the celebration. And sometimes it may seem like little more than handing out a lollipop—but we could be changing the world without even knowing it.

Preached by the Rev. Hailey McKeefry Delmas at Episcopal Church of the Transfiguration, San Mateo, on  Sunday, January 20, 2019.