When things in my life are feeling kind of stressful, instead of comfort food, I turn to comfort television. This week, my show of choice was one from the 1990s…It was on TV for about eight years. It’s called Touched by an Angel and had a bunch of great actors including Roma Downey, Della Reese, John Dye, and Valerie Bertinelli.

I remember that even back then detractors of the show said it was formulaic. In a sense, I could see their point. Someone was in the midst of some kind of human trouble (and in almost a decade they tackled every issue you can think of from drug addiction, mental illness, and racism to poverty, homelessness, and bullying). The story would unfold to show the secrets, misunderstanding, hurt feelings, and fear that had people stuck.

Then one of the angels would say something like, “I am an angel sent by God and God wants you to know that you are loved, God has never left you alone, and God wants nothing more for you than to be the person you were created to be.”

I was a fan, though, because I felt like the show was courageous in facing hard issues. In addition, the outcomes were almost never simple.  Sometimes sick people ended up dying and angry people chose not to forgive (yet). Often, its as impossible to go back and fix mistakes that had been made or wrongs that had been done. I felt like it was honest. I didn’t find the Angel’s message formulaic, but rather, like our liturgy, it worked to embody a lasting truth that never changed.

The Gospel reading this morning is not as clear or simple as a message from a TV angel. Jesus went back to Capernaum but word of him had spread so much that crowds followed him. He couldn’t even share a meal with his friends and family… Some of the people wanted to meet the man they had heard about and who might change their lives. Others wanted to find fault and to accuse Jesus of being sick or even evil.

In fact, the religious authorities who had accused Jesus of breaking the Sabbath law in last week’s Gospel, now accuse him of being possessed and even in league with demons. Understand that this was a serious accusation that carried with it the threat of banishment and execution. Jesus had to answer them, quickly and firmly. He attacks their logic:  “How can Satan cast out Satan? If a kingdom is divided against itself, that kingdom cannot stand.”

I attended the Gospel preview bible study this week because after reading through the Gospel, I found myself at a loss of where to even begin to interpret this scripture, let alone know what it might say to us in this place and time… It’s not like demonic possession was something that we talk about very often. 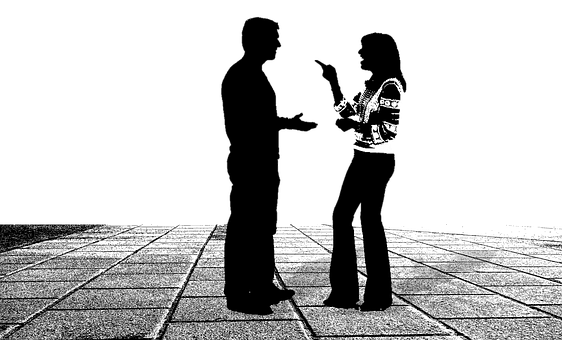 We talked a lot about what it means to be divided. Initially, the conversation centered around disagreements and debates, especially those that have gotten in the way of relationships in the church. It’s true that people often feel divided by differences in thought and opinions.

At the same time, much of our church system is built upon inherent divisions (which could be considered a problem or could be seen as a system of checks and balances). In July, i’ll be heading to Austin as part of a deputation to the 79th General Convention of the Episcopal Church. The meetings are held every three years and, through much discussion and debate, the lay people and clergy that make up the House of Deputies and the Bishops who make up the house of Bishops try to come to some understanding of what we, as a national church, believe and how we want to act on those beliefs.

This will be my second time at the convention. I was a little fearful and reluctant the first time I went. But when I got to the 78th General Convention in Salt Lake City I found that, although we never reached complete agreement, it was holy time and I didn’t feel like we were divided.

Every day, before discussion and deliberation began, we celebrated the Eucharist in a massive hall where everyone could be gathered together. The massive crowds illustrated the great diversity in our church. We followed rules of order that ensured that points on both sides got equal time to be heard. And sometimes, it was quite miraculous. Our current Presiding Bishop Michael Curry was part of a field of four experienced and likely candidates and yet he was elected with a single vote.

I think, instead, that we are divided by our own brokenness, which doesn’t allow us to stay in relationship and to stay in communication with each other and with God.

We are divided when we see one group of people as less important than another, less human than another, and less lovable than another. It is our brokenness that allows us to lose sight of another human being because of the color of their skin, their gender identity, their place of birth, their socio economic standing or anything else over which they have little or no choice. 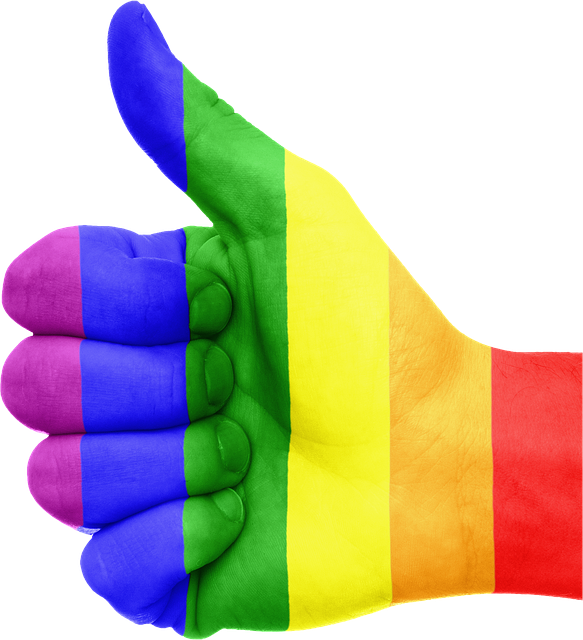 Just as I started to get my heart and mind around this kind of understanding of division, we stumbled into something even harder. Jesus said, “Whoever blasphemes against the Holy Spirit can never have forgiveness, but is guilty of an eternal sin.”  As someone at Bible study said, it is a very sobering thought think that we might inadvertently blaspheme against the Holy Spirit and commit an unforgivable eternal sin.

Some thirty five years ago, when I was in confirmation class, I remember being taught that the one unforgivable sin was to despair. Since then, the theology of our church has evolved… or at least become more nuanced. It is not that God will not forgive the sin, but that we become unable to accept the complete love and forgiveness that God offers to us.

Rowan Williams in “Tokens of Trust: An Introduction to Christian Belief” (Westminster John Knox Press, 2007 p. 151) said it this way: “The most truthful image we can have of hell is of God eternally knocking on a closed door that we are struggling to hold shut.” That’s essentially what despair is… and it can keep us from God.

Perhaps blaspheming the Holy Spirit means becoming unwilling to turn toward God with an open heart and a willing soul. That’s why we need to remain undivided, and to continue to remain in community. We need to be unwilling to be divided. We have to be courageous. Like angel messengers, we have to continue to bring the message to each other again and again: God wants you to know that you are loved, God has never left you alone, and God wants nothing more for you than to be the person you were created to be.

The answer is simple… but the world is complicated. That’s just how it is… and we have to stick together and keep moving toward God. Undivided.

Preached by the Rev Hailey McKeefry Delmas at the Episcopal Church of the Transfiguration, San Mateo on June 10, 2018.