A long time ago, during a commencement speech at a good friend’s college graduation, the speaker read a short excerpt from a book by Robert Fulghum titled All I Really Need to Know I Learned in Kindergarten. Fulghum wrote:

These are the things I learned (in Kindergarten):

It appealed to me immediately… Although I didn’t have the words for it when I was 22 years old, now I would say that he had captured something really true about living in community. Better still, it captures something basic, even essential, in a simple form.

All the rules are about making sure that people get along and stay safe. It also points to something we believe in our Christian community: that we are able to be more of who who are intended to be when we hang out together. We are more aware of what’s going on in the world, and we are more able to understand profound mysteries.

But what do we do when someone forgets about the rules? What do we do when someone is doing something that makes it harder for everyone to live in community? That’s the first question that comes to us when we read this mornings Gospel, I suppose. The answer is pretty clear: If someone is doing something that breaks the rules of the community, we should go and talk to them.

I think this passage speaks to some other important questions as well though. Why is it important to have some sort of system of dealing with community problems? What sort of assumptions are inherent in this system? How should we react when someone comes to us with a grievance of their own?

Maybe, we can take a lesson from nursery school this time. When my youngest daughter was in nursery school,  her teacher came to me with a concern. (As an aside, she did give me permission to share this story.) The teacher said that Anna wouldn’t come and sit down in the circle for story time. It was disruptive to the others. The teacher asked me to talk to her, and so I did. Her three year old logic was flawless: The people who wanted to hear a story got to hear a story, and the teacher had people to listen to the story. Her presence was totally not necessary in her mind—and 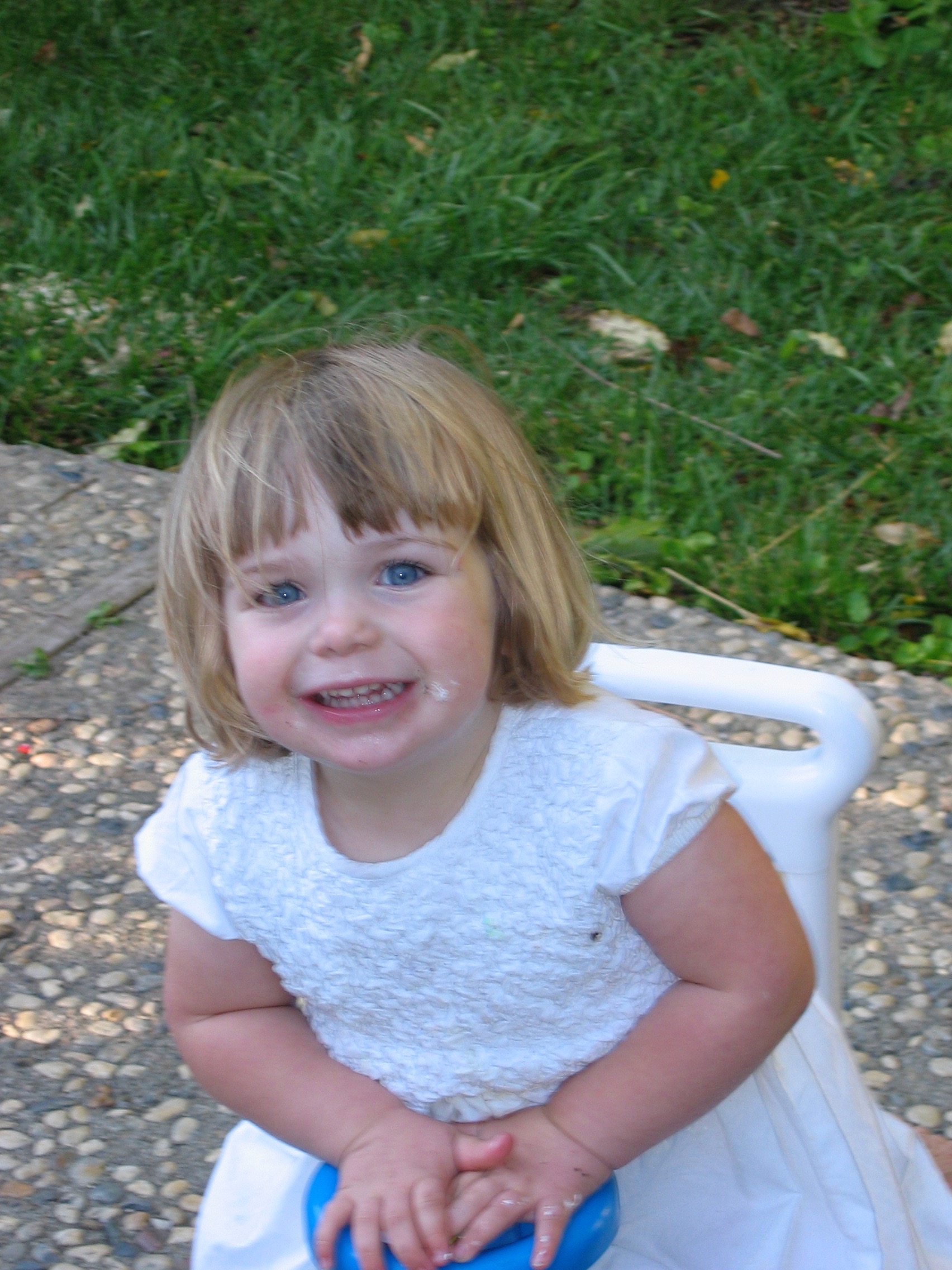 she would much rather be outside on the playground. I asked, but what if the teacher tells a really good story that you’ve never heard? What if it teaches you something you need to know? She could live with that risk, she answered.

I went back to the teacher and explained. We talked about it, and then we talked to her together. We explained that there was a safety issue, that there might not be someone to keep an eye on things in the playground. Further, we told her, doing things together as a group was an important part of being in a class. She reluctantly agreed to try it. I’m glad to report that she is now in ninth grade and she attends all her classes regularly and without prompting.

I think the situation points to some important aspects of how, as a community, we deal with moments of disagreement—and why Jesus gave us this system to help realign ourselves with the broader community.

First, we work under the reasonable person principle: that is, we understand that all members of the community are reasonable people who think about their own needs and the needs of others and adjust their behavior to meet the goals of a common good for the community. It’s all about striking a balance between what we want and what the community needs.

At the same time, because we are human beings, we inevitably step on each other’s toes. We make mistakes, we hurt each other, and we break the rules. Everyone has times when we need to repent.

In addition, when we feel wronged, we should probably assume that the other person is unaware of the impact that his or her actions are having. We should even assume that, potentially, our way of seeing the situation also has mistakes. If we are approached by someone who has a concern, we need to understand that it may be that, unintentionally, we have done something that has harmed someone.  Documentarian Robert Evens put it this way: “There are three sides to every story: your side, my side, and the truth. And no one is lying. Memories shared serve each differently.”

Finally, as a community we are always concerned with those who are being pushed to the margins, not just in the world, but also in our community. When someone slides beyond the margins we are diminished by the loss of their presence, so working toward drawing people together must always be a top priority. 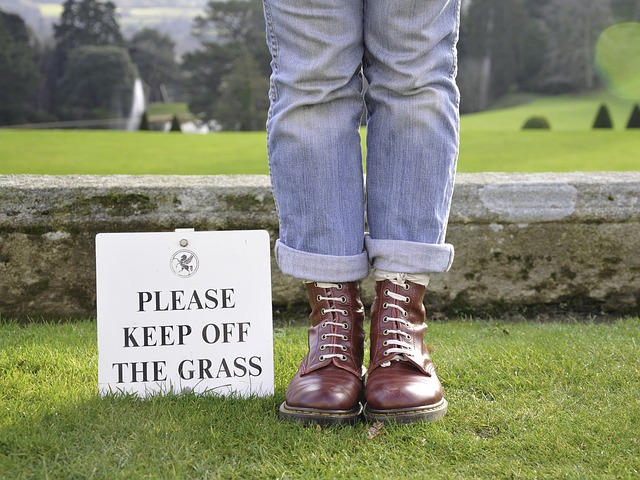 Knowing all this, we follow the procedure that Jesus outlined.  We go to the person first alone to preserve that person’s dignity, and to protect their feelings. We approach them with the understanding that everyone involved wants what’s best for the community and for the individual.

If the person doesn’t listen, we take witnesses and finally bring the problem to the greater community. We understand that change is difficult so there might be failures before change is achieved. That’s a lot of chances, and a lot of work. Finally, if all else fails, then the community asks the person to leave.

At first, I struggled with this last part. My heart says that we never give up on people, that we keep trying again and again. And that’s true. God’s forgiveness is unlimited and we are called to forgive one another in the same way. We have to understand that forgiveness is not the same as allowing bad behavior.  I heard it explained this way once: Being in relationship is like trusting someone with a bow and arrow who says put this apple on your head and I will shoot it off. Transgression is when that person is a very bad shot, misses and sinks the arrow into your shoulder. Forgiveness is taking the arrow out of your shoulder so that it can heal….It is NOT about putting the apple back on your head. You already know that their aim is poor.

At the same time, allowing a behavior that is harmful to the community and to the perpetrator harms everyone. It may be that it takes being separated from the community is what needs to happen.

I recently heard Jeff Weiner, CEO of LinkedIn talk about compassionate leadership.  He was being interviewed by Oprah Winfrey who asked about how he could be compassionate and still ask people to leave the organization. He said that being compassionate is not the same as being nice.

As a compassionate leader, if he recognizes that someone isn’t fitting into the organization and thriving in their role, he goes to them and talks to them about it. Then he gets them mentors to help them grow and learn in ways that help them do what the organization needs. Finally, if it becomes clear that the person will never be suited to the job, then he asks them to leave the organization. It’s compassionate because people do not find life and growth staying in a role or a company where they cannot succeed, he said. Does that sound familiar?

In the end, we have a community that is interconnected to each other and God and that is ready to do the work of the Kingdom of God. As Jesus said, “where two or three are gathered in my name, I am there among them.”

Preached by the Rev. Hailey McKeefry Delmas at the Transfiguration Episcopal Church in San Mateo, CA on September 10, 2017.