I started my weekend on Friday afternoon. My family decided to go to the movies. We decided that we were going to see X-Men: Apocalypse  (No fear, I promise you that, since the movie just opened, there will be no spoilers in this sermon.)

As we drove to the theater, I noticed that many of my neighbors had put up flags in honor of Memorial Day.

In the process of celebrating the beginning of summer. nearing the end of school, and bar BQs, it’s easy to gloss over the history and meaning of the holiday. Memorial Day, which become an official holiday only in 1971, gives us time to remember those who died in active military service, to honor those who have served our country and lost their lives.

Then this morning we hear about a Centurion. The reading was set as part of our Revised Common Lectionary, which is observed all over the world. That this morning we hear about a soldier can be chalked up to movement of the Holy Spirit.  This man had command of a century of soldiers, ranging from 200 to 1,000 men under his command) whose beloved slave is sick. He is a man of authority, who is also under authority. Instead of going to Jesus himself, he sends Jewish elders, those who have authority in Jesus’ community, to ask Jesus to heal this sick man. He does not come the Jesus himself out of respect. He said: “Lord, do not trouble yourself, for I am not worthy to have you come under my roof; therefore I did not presume to come to you. But only speak the word, and let my servant be healed.”

He says that he recognizes Jesus authority. By definition, authority is the power or right to give orders, make decisions, and enforce obedience. In its earliest use, it refers to the “book or quotation that settles an argument.”

In some way, authority is the lynch pin of Christianity. C.S. Lewis wrote in his book The Case for Christianity, “Don’t be scared by the word authority. Believing things on authority only means believing them because you’ve been told them by someone you think trustworthy. A man who jibbed at authority in other things as some people do in religion would have to be content to know nothing all his life.”

Authority comes, not from physical power, but from relationship. The centurion knew, for example, that when he gave an order that it would be obeyed. His men trusted that he had more insight into the broader picture than they did and they did what they are asked.

The centurion rightly assumes that a similar chain of command (as you might call it) exists with God as well. As human beings, we have free will. We have the choice to do good or to make trouble. We have the choice, in each and every moment, to align ourselves with what is holy or to do things that undermine it. At the same time, as Christians, we surrender ourselves to the authority of God, holding out our free will as an offering, knowing that God will call us into better things than we can create for ourselves.

Authority comes from experience. Authority comes from respect. It is something that is both given and earned.  The Centurion begins by focusing on the reality that he is under authority, that there are others who tell him what to do. He knows that his authority in some way flows out of that.

In its own way, authority brings security. The Centurion understood his place in the world and his relationship with those around him. He understood the goals of his regiment and saw the path to move forward. Similarly, our Christian authority helps us to understand our prime directive: to be Christ’s heart and hands in the world, to be part of bringing the Kingdom of God into the world. We have a clear path forward and only one question: What is the will of God in our lives? It’s simple and secure…not easy, but focused and clear.

Further, authority gives you the wisdom to know when to ask for help. You do not have to be all things to all people. The Centurion knew that healing was not in his wheelhouse. Further, he knew that there was someone with that kind of authority—he recognized that authority in Jesus and went to him for help.  That is the faith that Jesus recognized in the Centurion…a complete and  utter trust in the healing authority of God.

Finally, authority is a creative endeavor. It is no coincidence that the root of the word is “to author,” an inherently creative task. Authority creates structure, but within that structure there is freedom. It is similar to the way that our prayer book gives us a structure for worship that frees us up to truly connect with God. The parts are the same each week, but how we encounter those parts and how we live them out is different for each person.

At its heart, ministry is simple. Each and every one of us is called to follow God and to do the work of ministry—and each one of us, depending on our skills, experiences, place in the world and more, come to understand that work in ways that our unique to us.

I am a writer, and in some waysI write for God. I write my sermon and I publish my blog. I write things that i pray will help people think about new ways. I have suffered from depression and it has become part of my identity to work toward ending the stigma of mental illness and affirming the dignity of every human being, even those who suffer from mental illness. My list could go on… and even more importantly, so can yours.

Theologian Frederick Buechner said it this way, and with great authority: “The place God calls you to is the place where your deep gladness and the world’s deep hunger meet.” God calls each and every one of us to a place that we can embrace with authority—because that what will change the world.

When I came home from the movie (I mentioned it was X-Men: Apocalypse, but again say I will not spoil it), I caught the tail end of the evening news. My mind was full… the movie was largely about authority. Who has the authority to decide what happens in the world? Who decides whether good or evil will prevail?

The final story in 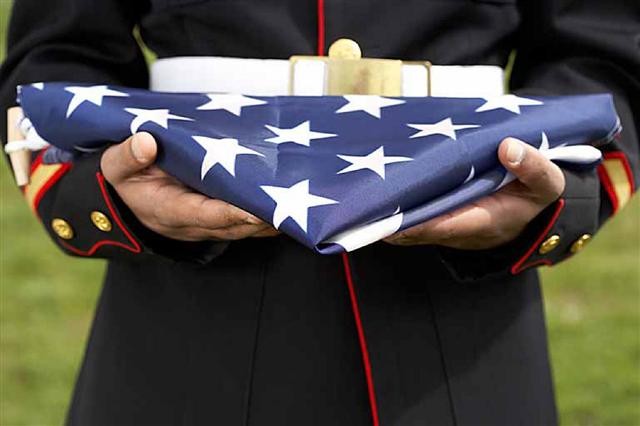 the newscast was a piece about the local honor guard. These men serve the community by going to funerals and
memorial services of those who have served in the military. They present a U.S. flag to the family of each of these heroes, after carefully performing a ceremony of folding the flag into the familiar  tight triangle.

Each of these people serves because they have been in the military or someone they love has been in the military. In the interviews with the members of the core, I learned a lot. They practice three hours each day, because they want to do each movement to perfect. That’s the goal: perfection. They want to ensure that each occasion is treated with honor and dignity. They do this work, not for themselves, but on behalf of the whole country. They didn’t say it this way, but I will: They have been called to this ministry and they do it with authority.

Do what you do trusting in God’s authority. Do what you do out of great love, and strive to do it perfectly. Ensure that you always work to bring honor and dignity to those that you meet. Do it on behalf of the whole world. Do your ministry, whatever it is, and do it with authority.

Preached by the Rev. Hailey McKeefry Delmas at the Church of the Epiphany in San Carlos, CA on Sunday, May 29, 2016.